As most of you know, my two-year-old Aubrey Mila is the highlight of my day. She’s my better half. She has brought me so much joy and laughter in such a short period of time. I know it’s cliche to say, but becoming a mom has been the best thing that has ever happened to me.

Like most new moms, I was scared at first, but the passion and drive Aubrey gave me could not have come at a better time. Aubrey is quick, smart, funny, and extremely kind for her age. She doesn’t know it, but I’ve learned so much from her. Here are a few life lessons this little munchkin has already taught me. 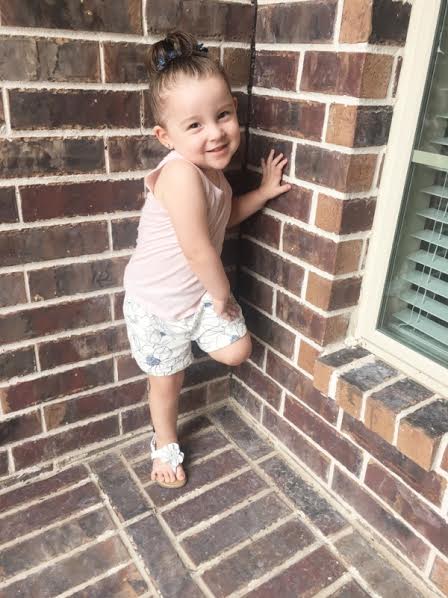 It’s OK to Cry for What You Want

With Aubrey being at the “terrible two’s” stage, there have a lot tantrums and fits lately. I would still argue that her episodes are soft and nowhere near the extremes I hear from most parents, but they are fits nonetheless.

Although I’m very social, I’m also an introvert and need my alone time to re-energize myself throughout the week. With that personality trait, I’ve noticed that I often don’t express my true feelings in the moment. I think it’s also partially due to my overly positive attitude and mindset, but I find a way to suppress any negative or sad feelings and move on. But there has to be a balance.

Recently, I was presented with an exciting opportunity that would help further my career and I initially didn’t know how to react. I was shocked. I saw Aubrey cry later that night for a toy she wanted that was two feet away from her (which meant two feet too far away), and I realized it’s ok to cry for the things you want.

That night, I laid in bed and I cried. They were happy tears, but I cried because what I dreamed of and prayed for was finally happening.

I reflected back to the years in college when I thought my degree would never pay off and the tears that were shed when I felt like a failure. I used to cry because my goals seemed impossible at that time. I guess you could say things have come full circle for me now, but I’m happy and relieved I cried in college for the things I wanted.

I feel so passionate about achieving my goals, and although I felt like a failure then, I now know it was my heart’s truest intent to get there one day. I’ve learned that it’s ok to let your feelings out, and it’s ok to cry for the things you want. 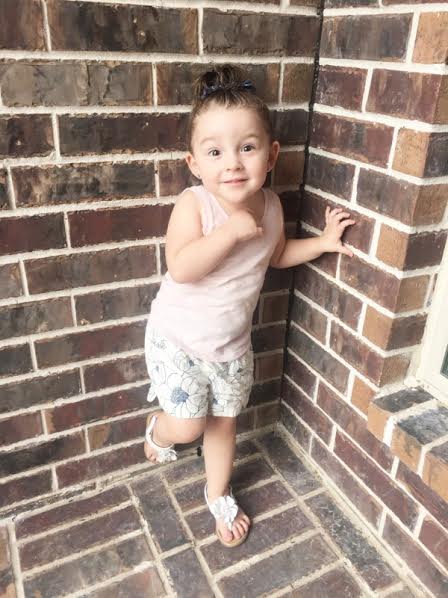 There’s No Better Time Than Now

If you’re a mom, I’m sure you’ve heard those lines before. It amazes me that
Aubrey has no true sense of time, but she is still able to recognize that NOW is always most important. If you’re into podcasts and self improvement, you’ve probably also heard the importance of intentional time.

I’ll admit that this is a difficult one for me as a mom and as a wife. Everyday there is more and more I want to be involved in. More things to do, more tasks to complete, and more boxes to check. But even with all that clutter, Aubrey has taught me the value of being present in the moment.

I can see a difference in her personality and the way she interacts with me on days I agree to do everything she requests. She is more creative, happier, and more loving. I believe if we spend quality and intentional time with others, they will express the same behavior.

Aside from intentional time, I think it’s also important to go after your dreams NOW. This subject has been heavy on my heart lately as some things may change for my family and I here pretty soon. It seems daunting to take on new challenges and change the routine we have created, but if you don’t do it now, will you ever?

Stop over-thinking and perfecting every move you make. Just jump in and go for it now. 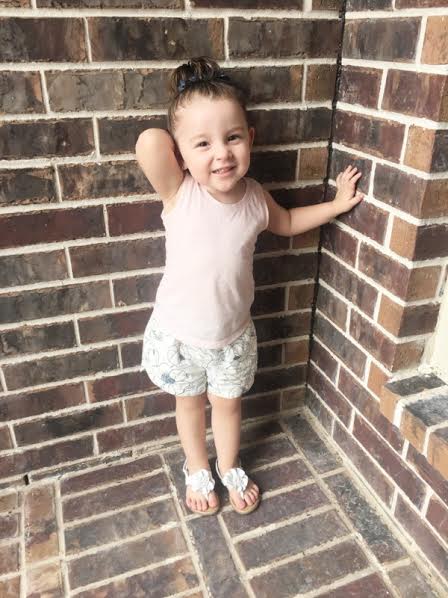 If At First You Don’t Succeed, Try Again

Have you ever tried something and failed miserably? Did you sit there and wait for someone to show their concern? Maybe you threw yourself your own pity party for an hour, days, weeks, or even months? And have you later thought, I wish I would have gotten over that faster?

Yeah, I’ve done that one too many times.

It amazes me how Aubrey can keep trying something until she’s successful at it. Her heart is so eager to do things right that she doesn’t allow the set back to hold her there for long. The other day we went to our neighborhood park and at our park there are two sets of play areas. One is clearly for babies and toddlers and the other is for bigger kids (and adults)! This time, Aubrey wanted to go to the bigger play area and my  husband and I agreed it was ok for her to go try.

The first step was to get on the play set. Aubrey chose the rock wall approach. I was pretty nervous and hesitant for her try, but she saw a bigger kid do it earlier and she wanted to do it. She seemed a little shaky, and then her foot slipped…my heart dropped. I wanted to tear down the playground.

Aubrey paused for a moment and then tried again. This time, both her foot and arm slipped. That was it. The whole playground and neighborhood was going to be torn down at this point.

My mommy instincts had definitely kicked in, but before I could run over to help her, Aubrey made her way all the way to the top of the rock wall. I look at this little two year old and marvel at her tenacity to keep trying.

I can’t remember where I read this, but what makes a great movie is the struggle to reach success. We all root and sympathize for the main character to be successful because we place ourselves in that role. So if you’re trying something new, or something for the 100th time, remember to keep trying until you succeed. It’ll make a great movie!

Find A Way to Make Others Laugh

I wish I could stop time and have Aubrey at this stage forever. I hear from so many people how the toddler stage is the best, and now I see why. Whether it’s the way she makes up random songs, dances around the house, or tickles you until you’re both laughing uncontrollably, this little girl makes everything fun and silly.

There have been countless long days at work that only coming home to someone that will instantly make you laugh could cure. Aubrey may not know all the adult hardships or stress that Kevin and I go through, but she doesn’t have to.

Aubrey sees her daddy or me and instantly goes into silly mode and it’s the best thing ever. The other night we had a kissing war for over an hour and I laughed so hard my abs hurt the next day! Little did Aubrey know, I was feeling a little anxious over deadlines, but after that hour I had completely forgotten about them.

You may not know the struggles others are going through, but sometimes all they need is a laugh. It’s true that when you laugh with someone you enjoy them more and want to spend as much time with them as possible. So find your inner-child humor and make someone laugh! 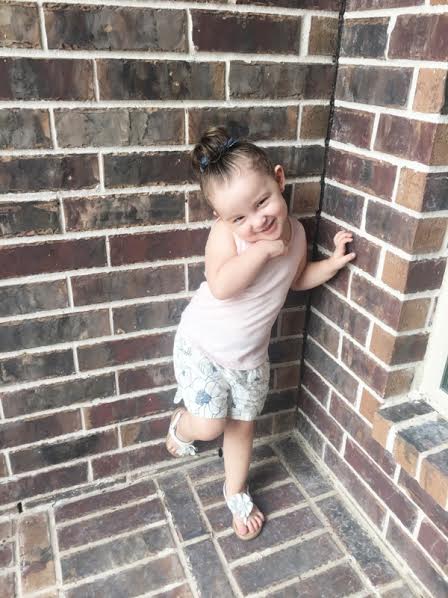 Don’t Ever Put a Limit On Your Imagination

The other day when Aubrey and I were playing, she wanted me to be a unicorn chef. I know, pretty random, but I did my best.

At first I didn’t quite understand what she was saying. It sounded like “corn chep”, and the more I asked “Wait…what am I pretending to be?” the clearer it became. She stuck with unicorn chef until I got it. She didn’t change her mind because I wasn’t getting it, instead she was persistent and made the idea even more elaborate. Eventually, I was an orange unicorn chef. Lucky me.

I try to encourage Aubrey’s imagination as much as possible because I know it’ll help her in the future. I’ve mentioned a couple times in different posts that I have written down my career path and gone for it. What I haven’t mentioned, is that in that path I have has several different routes that ALL excite me.

When I was younger I wanted to do it all and be it all. There were different stages in my life when I wanted to pursue painting, singing, fashion design, writing, and even executive routes. Now I have all of those listed out, and as crazy as it sounds, I have 6 “ideal roles” I would like achieve. The beauty of life is that they are now all inter-twining. I’ll be biased and say God has written my life story so beautifully. Not perfectly, but beautifully.

So whatever your dreams are, continue to chase them.

Go be the best orange unicorn chef you can be.